Buenos Aires is the capital of Argentina, and it's been called the "Paris of South America." It's a beautiful city on the water, with both massive motorways and narrow cobblestone streets. Flashy skyscrapers with neon signs rub shoulders with ornate 18th and 19th century buildings. The parks and plazas, as well as the many tree-lined streets, soften the cityscape and give life to the busy avenues.

It's a fabulous city to explore on foot, with fountains and statues around every corner. The metro and an abundance of taxis make the farther neighborhoods easily accessible from the city center. There seems to be something for everyone in Buenos Aires - from sporting events and nightlife, to museums and cafes. The cuisine is delicious, eclectic and well priced. 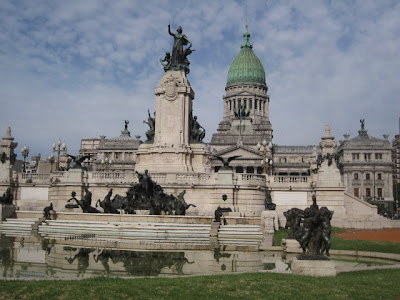 The Plaza de los Congresos and the National Congress building, in the Montserrat neighborhood 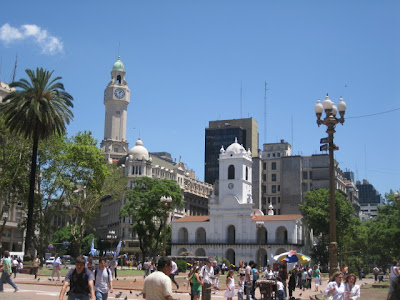 The Plaza de Mayo, with the old Cabildo (Town Council). Not viewable in the photo, but also situated in the plaza, are the Casa Rosada (House of the National Government) and the Metropolitan Cathedral. This is one of the main plazas in the city center, and many large streets fan out from it. 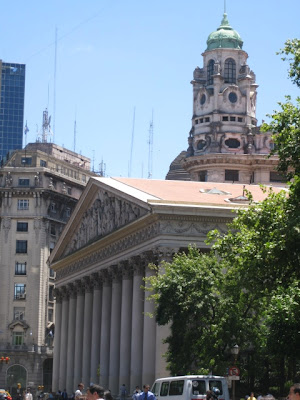 The view of the Metropolitan Cathedral from the Plaza de Mayo 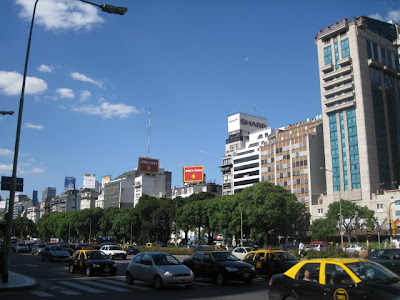 The Avenida 9 de Julio, the widest street in the world. With 20 lanes of traffic, it's a fun one to cross! 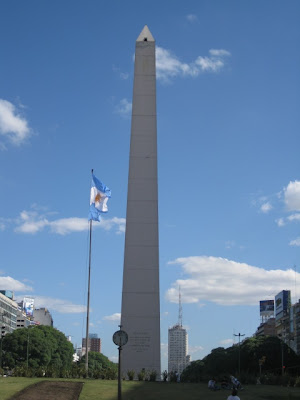 Another Buenos Aires landmark - the Obelisco on the Avenida 9 de Julio
Posted by Frances at 4:49 PM