Siem Reap in northwestern Cambodia is the gateway to Southeast Asia's most spectacular temple complex: Angkor Wat. Most visitors head straight to the temple grounds, but Siem Reap has plenty more sights to offer visitors, from Tonle Sap Lake (Cambodia's "Great Lake") to the floating village of Chong Kneas.

The temples at Angkor were built by the Khmer Empire between the 9th and 13th centuries and cover approximately 40 miles surrounding Siem Reap. The most famous complex is known as the City of Angkor, and is home to Angkor Wat, Ta Prohm and the Bayon. 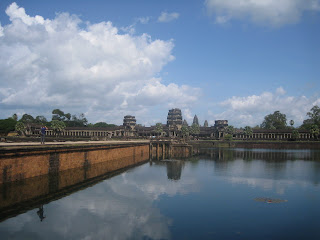 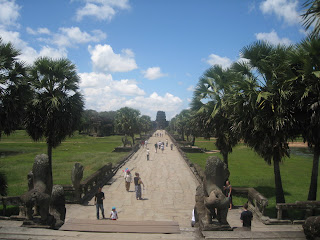 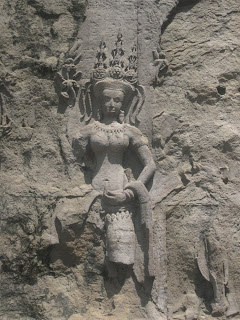 One of the many beautiful wall carvings in Angkor Wat 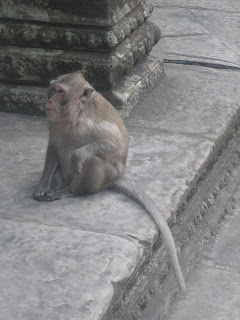 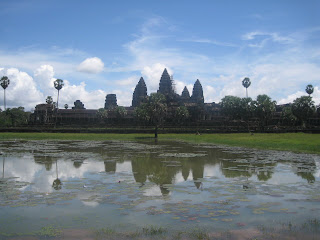 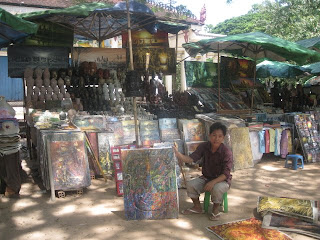 An artist sells Buddha paintings outside the temple grounds
Posted by Frances at 5:46 AM