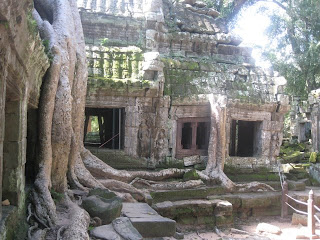 The unrestored Ta Prohm temple complex, built by Jayavarman VII in the late 12th century, is slowly being overtaken by the surrounding jungle. It may look familiar to movie fans: both "Tomb Raider" and "Two Brothers" were filmed here. 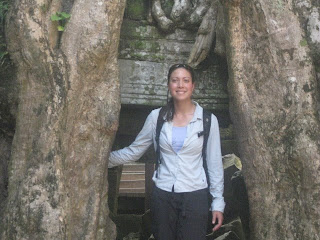 Here I am in a doorway overgrown with massive tree roots 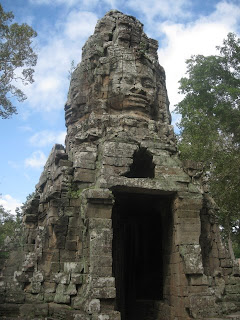 The gateway to Ta Prohm, with its four-faced tower 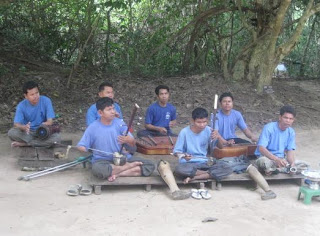 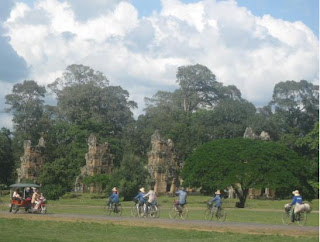 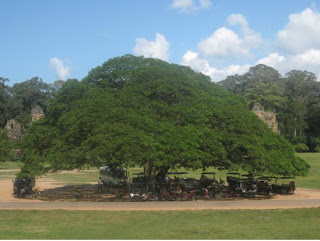 Tuk-tuks and vans gather in the shade of this massive tree in Angkor Thom
Posted by Frances at 6:54 AM