Etosha National Park is more than 20,000 square km and is home to 340 bird species and 114 mammal species, including what's known as the "Big Five": the lion, leopard, black rhino, Cape buffalo and elephant. It's also home to a staggering number of beetles, which all seem to congregate underfoot in the showers and campgrounds!

On our first afternoon, a huge thunderstorm drenched the area and left people and animals alike running for shelter. As a result of the rain, the countryside was beautifully green (with lots of purple and yellow wildflowers), but that greenery also provided good camouflage for the animals in the park. (The most popular time of the year for game drives is during the dry season, when there's less camouflage for the animals and they have to gather around water holes.)

On our various game drives and even right near our campsite, we saw rhinos, lions, giraffes, zebras, wildebeests, ostriches, steenbok, springbok, oryx, impalas, jackals and meerkats. The big perk of game driving during this time of year is the baby animals - we saw a baby rhino, and plenty of baby zebras, ostriches and wildebeests. In the early evening, just before sunset, we reached an enormous plain that was covered in springbok and zebra, as far as the eye could see!

I wasn't able to get great animal photos, but here's what I have: 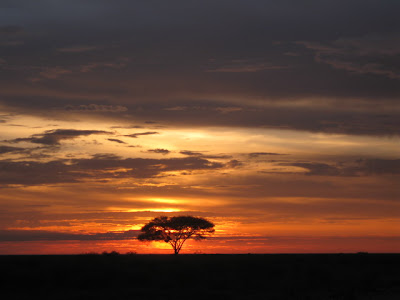 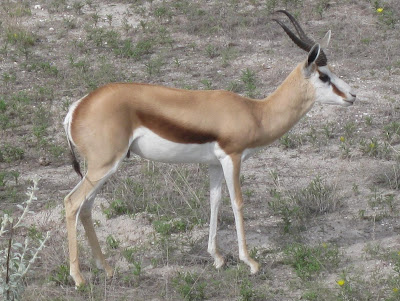 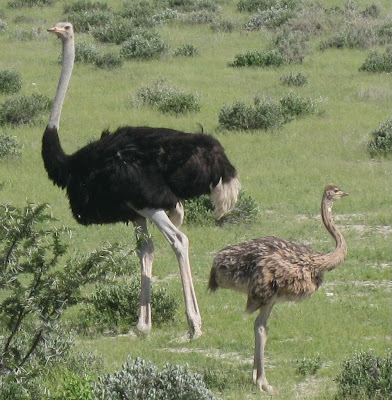 An ostrich father and child (adult males are black; adult females are brown) 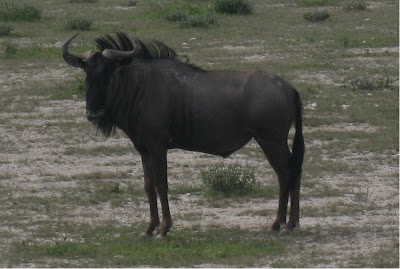 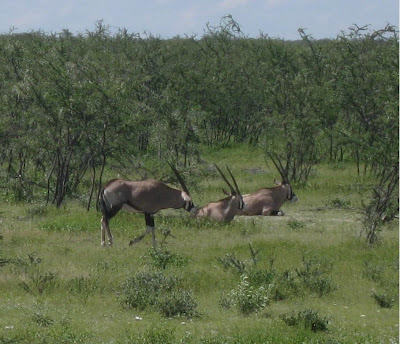