On Thursday, I went with a small group of people over to Zimbabwe for the day to see the falls, walk with lion cubs and go on an elephant safari. The lion walk and elephant safari were fabulous, but seeing the town of Victoria Falls and speaking with the Zimbabwean people was the real highlight of the day.

Zimbabwe is a fascinating place. Despite the outrageous unemployment rate (our guide estimated 80%), ongoing food shortage (the supermarket shelves were almost bare), and sky-high inflation ($1USD is now worth $20 million Zimbabwe dollars, and the Zimbabwean bank notes come printed with an expiration date), the people were almost universally positive, friendly and extremely welcoming.

It was a shame to see the town of Victoria Falls so empty; it was obviously once a thriving tourist destination, with several huge resorts and many nice shops. Now, artisans are happy to sell their beautiful wooden carvings for a pittance, or trade them for worn t-shirts or shoes. Tourist police escorted us to the market, and roadside signs warned against carrying too much cash. 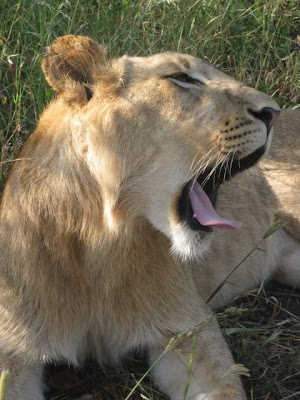 Lions, like most cats, spend the majority of the day sleeping. This one was reluctant to get up from his nap! 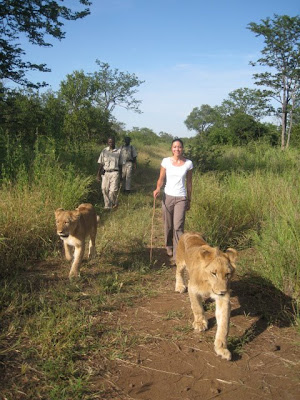 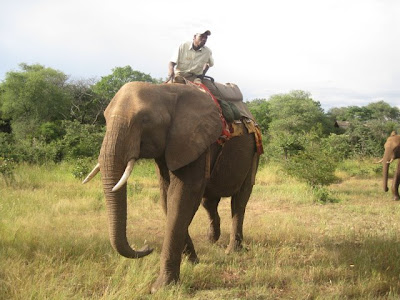 Traveling in style on the back of an African elephant 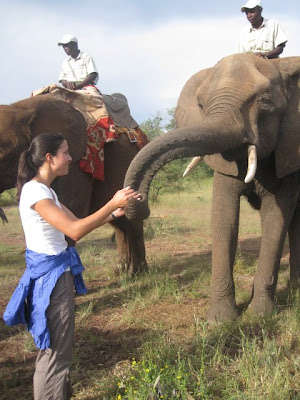 It was fun, but a bit messy, feeding the elephants 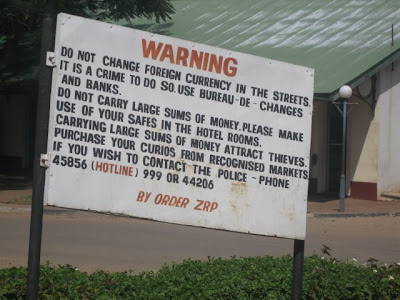 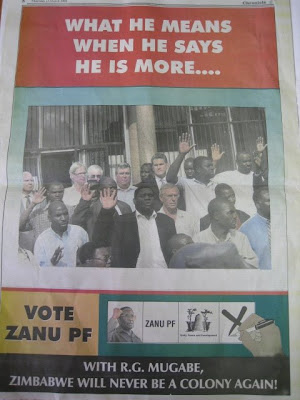 A page from the local newspaper. One would hope that the upcoming elections (to be held on March 29) will herald a brighter future, but most of the Zimbabweans I spoke with thought that a change in government was unlikely, regardless of how much it's needed and desired.
Posted by Frances at 2:05 AM

Waaah! Fran! Guess who? It's Nicole!!! This is AMAZING! Katie told me about this website, so I looked you up, and I can't believe what you are up to! That is SO incredible and exciting! Guess what? I might come with Katie to visit you in India in December! And I will probably be in Greece (the islands) at the end of May for 10 days with a friend of mine... maybe we can meet up?!?! How often do you get online? Send me an email so we can chat... good luck to you - have so much fun!!!! Love Nicole

How many times in your life will you get to say "I went over to Zimbabwe..." Incredible as always. I hope you're (still) having a blast!!!