Granada was ruled by the Moors from 1238 until 1492, when Ferdinand and Isabella seized the city for Christian Spain. The city plays up its Moorish roots, with plenty of kebab stands, baklava shops and "teterias" (tea houses), complete with hookahs. In the evenings, locals head to the many tapas bars, where small plates of food are still served complimentary with a glass of wine or beer. 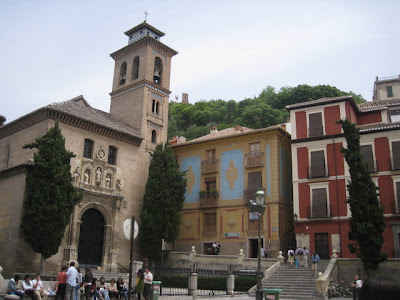 Iglesia de Santa Ana. If you look closely at the green hill behind the church, you can see one of the towers of the Alcazaba citadel. 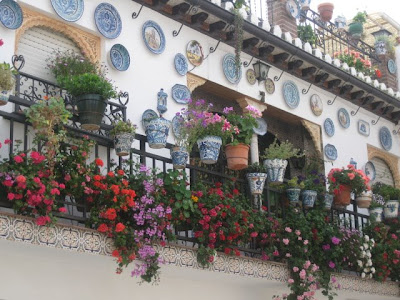 Colorful plates, pots and flowers adorn the walls of many of Granada's homes 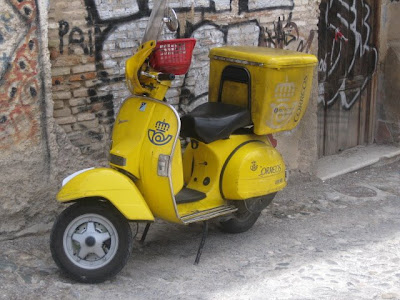 Residents of Granada receive their mail in style - by Vespa 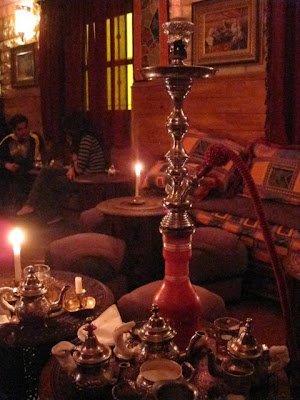 A popular evening activity in Granada: tea and hookah 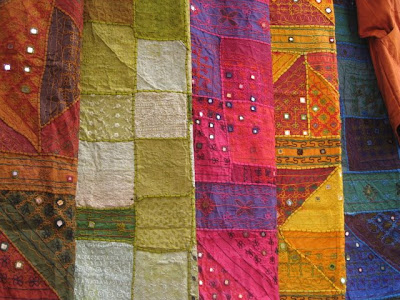 Bright fabrics for sale in the streets of the Albayzin district, originally the Moorish quarter of the city 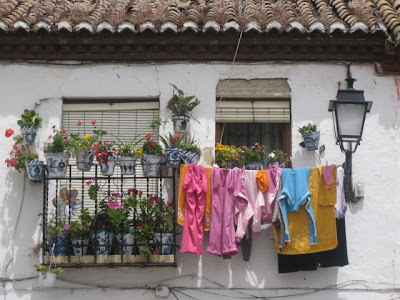 Colorful flowers and matching laundry!
Posted by Frances at 1:11 PM