Granada is home to Spain's most visited monument - the Alhambra - which is considered the country's finest example of Moorish art. The Alhambra complex includes three distrinct groups of buildings: the 14th century Palacio Nazaries, the 14th century Generalife palace and gardens, and the 9th century Alcazaba citadel. 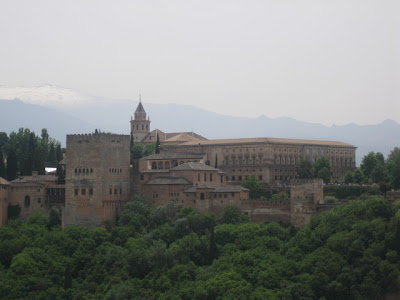 The view of the Alhambra from the Albayzin district; you can just make out the snow-capped Sierra Nevadas in the distance 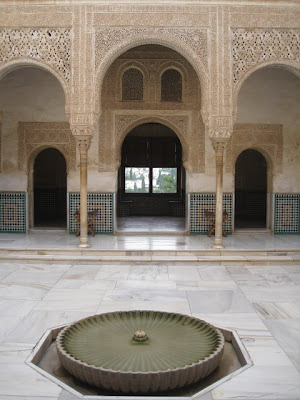 Inside the Palacio Nazaries, built by Yusuf I and Mohammed V in the 14th century 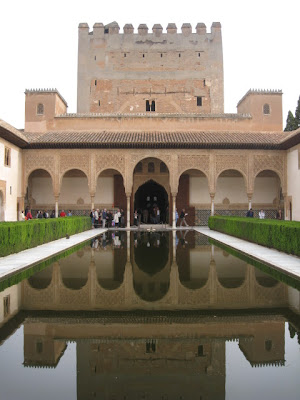 The Patio de los Arrayanes, with its rectangular reflecting pool 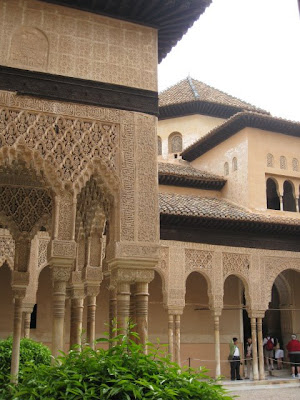 The Palacio de los Leones, built by Mohammed V as the royal harem 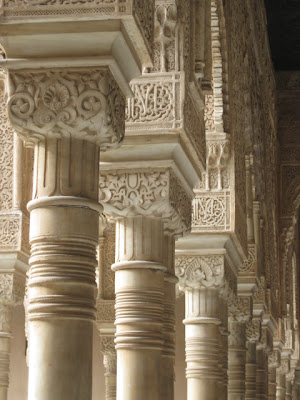 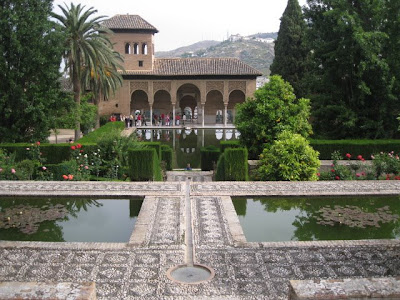 Pools and fountains are central elements to many of the Alhambra courtyards
Posted by Frances at 1:26 PM