Porto, situated at the mouth of the Rio Douro, is Portugal's second largest city, and the entirety of its historic center is a UNESCO World Heritage Site. Adventures abound for visitors, whether it's climbing the steep, narrow staircases of the Ribeira district; boating down the Rio Douro, underneath the city's many bridges; riding the historic tram along the water or up through the city's hills; admiring the wide variety of architectural styles, from Romanesque to Beaux Arts; or sampling port wines in one of the many cellars of the Vila Nova de Gaia.

Getting lost is practically a guarantee in the colorful streets of Ribeira, and it's a wonderful way to see the residential side of the city: old ladies hang laundry from their wrought-iron balconies; children and dogs play along the cobblestone streets; neighbors discuss the weather from doorways lined with potted plants; shopkeepers sell wine and cheese from tiny markets amongst the rows of houses. All roads eventually seem to lead down to the riverfront, where cafes tempt weary walkers with local seafood and a view of the water. 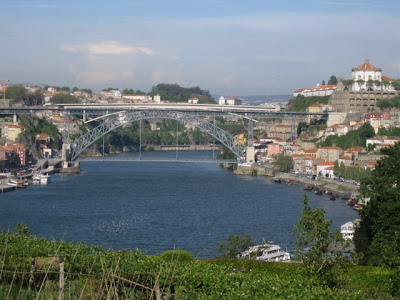 The Ponte de Dom Luís I spans the Rio Douro, linking Ribeira (on the left) with Vila Nova de Gaia (on the right) 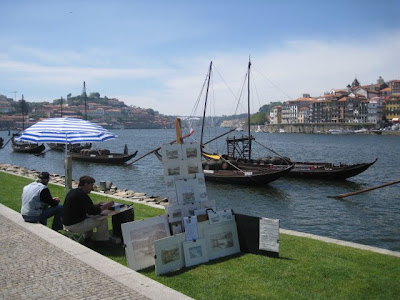 An artist paints the many port wine boats along the river 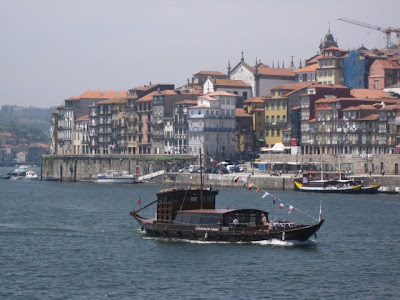 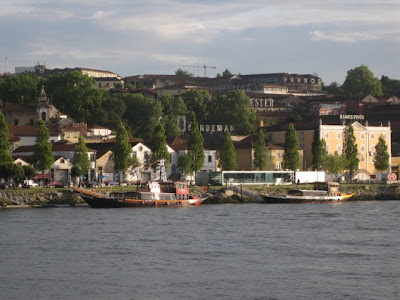 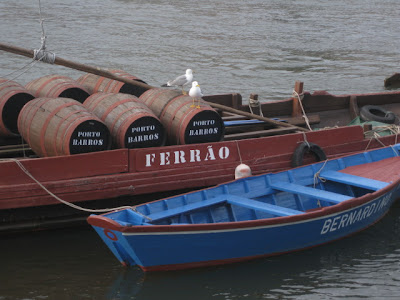 Seagulls settle on an old barrel in a port wine boat 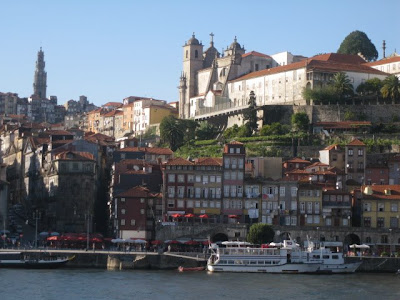 The Praca de Ribeira on the riverfront, with the massive Se Cathedral on the hillside behind
Posted by Frances at 1:05 PM