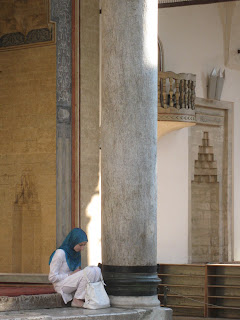 Gazi Husrev Bey Mosque was built in 1531 and is considered the most important Islamic house of worship in Bosnia and Hercegovina. Approximately 80 percent of the Sarajevo population is Muslim. 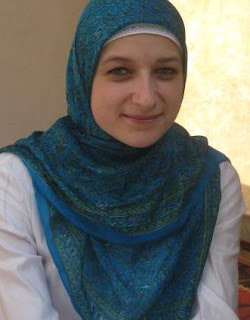 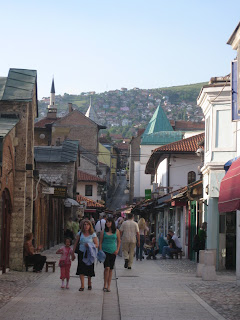 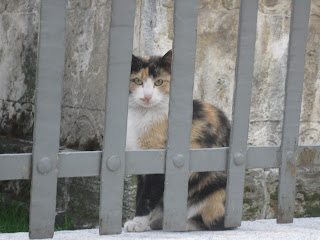 A cat watches visitors at the Gazi Husrev Bey Mosque 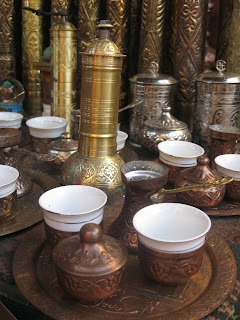 Intricately tooled copper coffee sets on display in the Old Town. Bosnian coffee is served in such copper sets, with a piece of Turkish delight on the side.
Posted by Frances at 12:03 AM