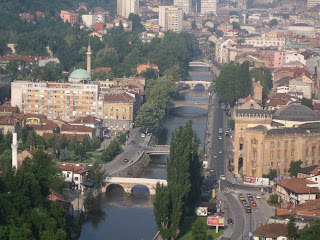 Looking down on the Miljacka River and Sarajevo's many bridges from the old city walls. Sarajevo's most famous bridge is Latinska cuprija (Latin Bridge), where Gavrilo Princip assassinated Austro-Hungarian Archduke Franz Ferdinand, precipitating World War I. 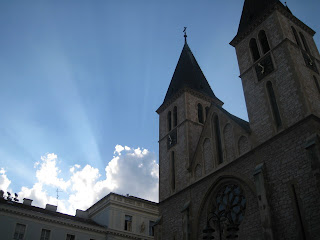 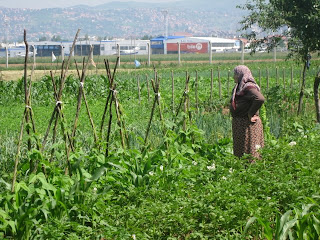 A woman surveys her fields on the outskirts of town; in the background is Sarajevo Airport 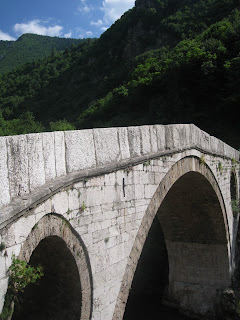 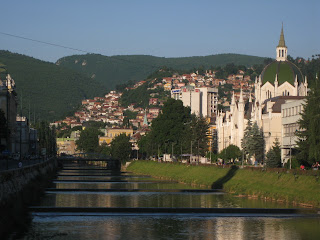 The Miljacka River, with the green hills of Sarajevo behind
Posted by Frances at 12:05 AM