Situated on the Vltava River in central Bohemia, Prague is one of Europe's most beautiful cities. It is the bustling capital of the Czech Republic, and hordes of tourists visit as much for its music/arts scene and hopping nightlife as its stunning architecture.

The city originated in the 9th century under Prince Borivoj, and its golden age came in the 14th century, when Holy Roman Emperor Charles IV built the university and substantially expanded the town. Through years of religious wars, the Counter-Reformation, the World Wars and the Velvet Revolution, Prague's gorgoeus buildings remained relatively unscathed. Today's skyline features countless spires and colorful buildings in a motley mix of styles, from Gothic to Baroque to Art Nouveau.

The city's most famous landmarks include the oft photographed Charles Bridge; Staromestske nam (Old Town Square) with the Gothic Tyn Church; and Prague Castle, with the impressive St. Vitus' Cathedral within its walls. 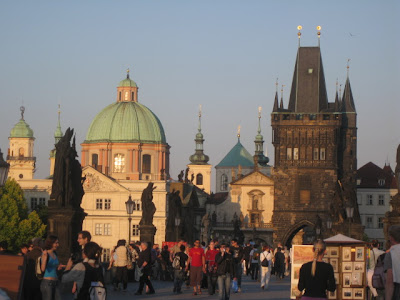 Karluv Most, or the Charles Bridge, was built in the 14th century and is lined with statues that were added during the Counter-Reformation 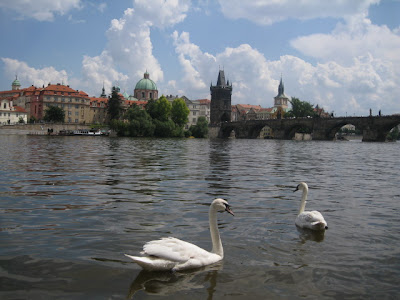 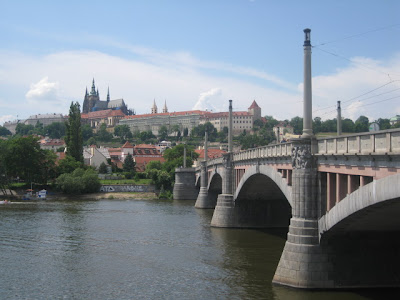 The view of Prague Castle and Hradcany from the Josefov district 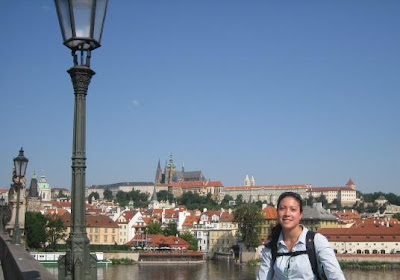 Here I am on the Charles Bridge, with Prague Castle in the background 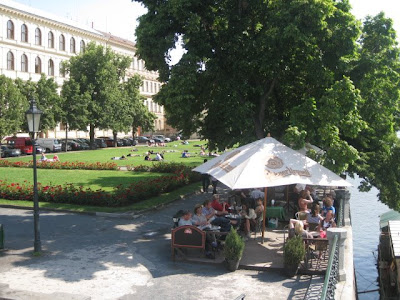 A busy cafe and park along the Vltava River 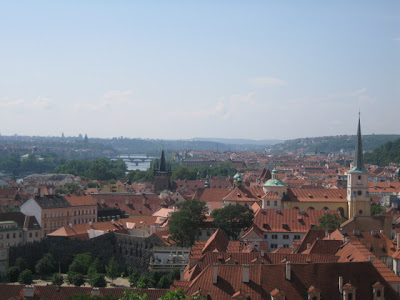 Looking out over the spires and red rooftops of Prague from the castle grounds; you can just make out the Vltava River with its many bridges in the distance
Posted by Frances at 12:42 AM