Fredericksborg Castle was first built by Frederik II during the 16th century and later rebuilt by his son, Christian IV. Following a fire in 1859, the Renaissance castle was largely reconstructed; today, it houses Denmark's Museum of National History. The impressive castle gardens include both a Romantic landscape garden and an Italian style Baroque garden. 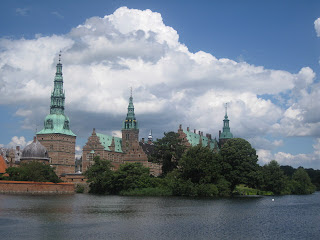 The view of the castle from the lakeside 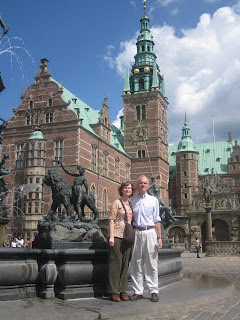 Sally and my dad in the castle courtyard 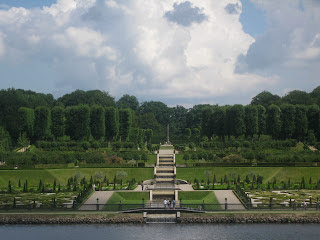 The view of the castle gardens from within the castle; a cascade runs through the center of the terraced Baroque garden, with the box-tree monograms on the lowest terrace 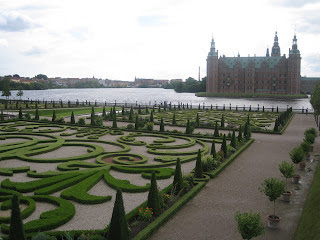 The view of the castle from the Baroque gardens, with a closer view of the fancy scroll work in the box-tree monograms. 65,000 box plants were used to make the monograms, which belong to the four monarchs under whose reign the gardens have existed 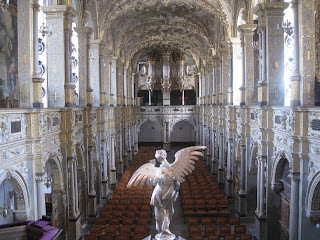 The chapel, one of the few parts of the castle to survive the 1859 fire, displays the original building’s ornate decor. Concerts are still held in the chapel to this day, and it may even be used for wedding ceremonies (as it was the day we visited). 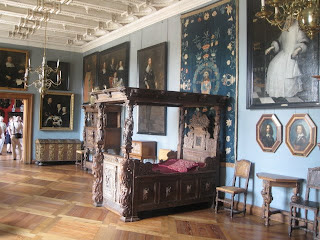