In 1932, Glacier National Park (Montana, U.S.A.; founded 1910) and Waterton Lakes National Park (Alberta, Canada; founded 1895) were officially joined as the world's first International Peace Park. While the parks are administered separately, the two sections cooperate in wildlife and vegetation management, search and rescue, and joint interpretive programs and exhibits. In the 1970s, the park was named a UNESCO Biosphere Reserve, and in 1995, a UNESCO World Heritage Site.

Going-to-the-Sun Road, a 50-mile highway that traverses the Montana section of the park from west to east, is considered an engineering feat and one of the most scenic drives in North America. Opened in 1933, it’s a National Historic Landmark and still one of the biggest attractions of the park.

But with more than 1 million acres of land encompassing old-growth forests, prairie grasslands, lakes, glaciers, a diverse plant and wildlife population, and 700+ miles of hiking trails, Glacier rewards visitors who choose to get out of the car and explore on foot. 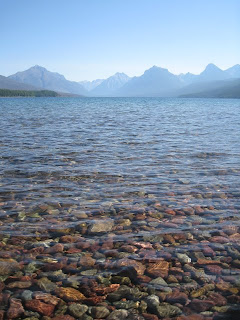 Lake McDonald, near the west entrance in Montana, is the park’s largest lake (at 10 miles long and 472 feet deep) and a prime rock-skipping location 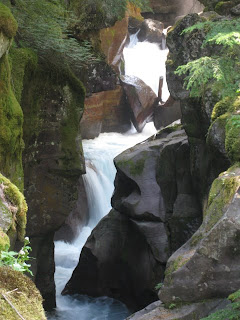 Avalanche Creek carves its way through walls of rock, colored red by the mineral hematite 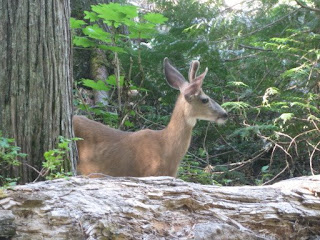 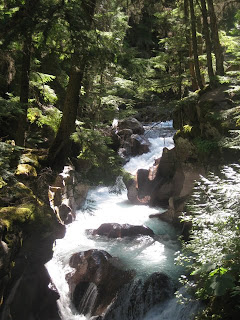 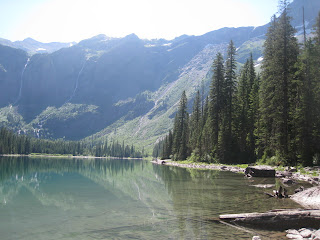 Peaceful Avalanche Lake, with waterfalls cascading down the mountains behind 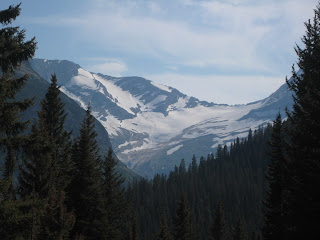 Jackson Glacier, as seen from Going-to-the-Sun Road. Of the estimated 150 glaciers that existed in the park in 1850, approximately 26 remain; it’s projected that all of the park’s glaciers may be gone by 2030.
Posted by Frances at 12:05 AM