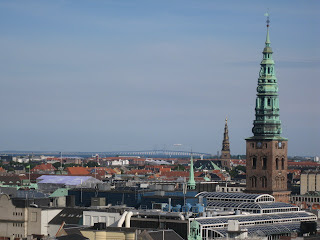 The view from the top of the Round Tower over Copenhagen, with the Oresund Bridge (linking Copenhagen with Malmo, Sweden) just visible in the distance. The Round Tower was built by King Christian IV in the 17th century as an astronomical observatory. 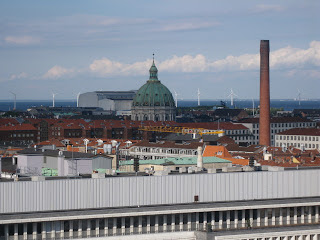 The view from the Round Tower of the Copenhagen coastline, dotted with windmills 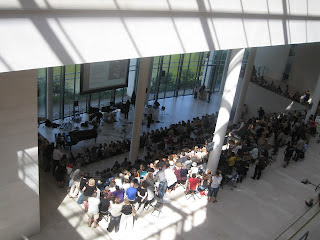 Music lovers gather for a concert at the National Art Museum, as part of the Copenhagen Jazz Festival 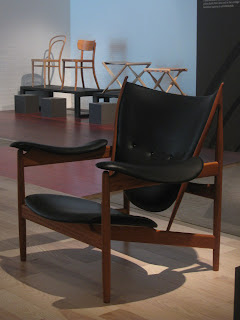 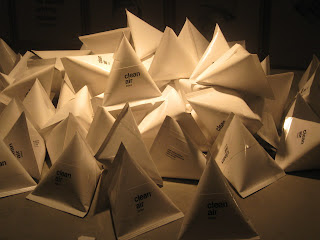 A striking exhibit at the Danish Design Center 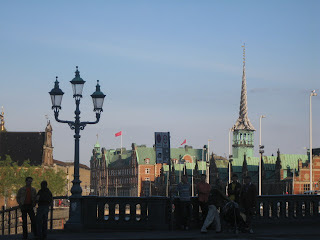 Late evening light on the bridge from Gammel Strand to Christiansborg. The oldest harbor in Copenhagen was once located along this canal.
Posted by Frances at 12:04 AM