Chiang Mai, located in northern Thailand, was founded in the late 13th century along an important trade route. It later became known for its beautiful handicrafts, including textiles, woodcarving and silver jewelry. Today, the city is a major cultural center and a launching pad for overnight treks to nearby hill-tribe villages. In addition to an abundance of museums and performing arts, visitors can enjoy classes ranging from Thai massage and meditation, to cooking and language. For those seeking more active pursuits, the surrounding mountains are popular for hiking, rock climbing and white-water rafting.

As is the case in so many cities, the best way to explore Chiang Mai is on foot, and getting lost in the many "soi" (alleyways) is part of the fun. Bordered by a moat and the remains of an ancient wall, the Old City is jam-packed with glittering temples, fragrant food stalls, bustling markets and quiet alleyways. Outside of the Old City, the popular night market is a shopper's paradise, and the surrounding area is home to a growing number of posh hotels and Western establishments. With its wide array of both activities and amenities, Chiang Mai seems to offer something for everyone. 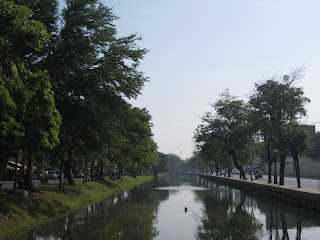 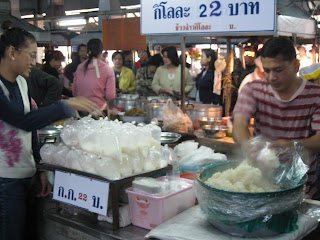 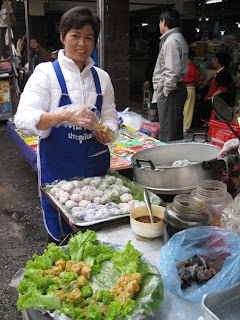 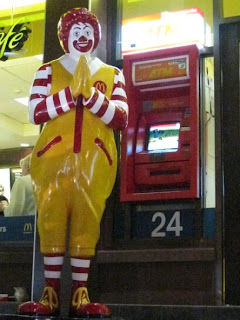 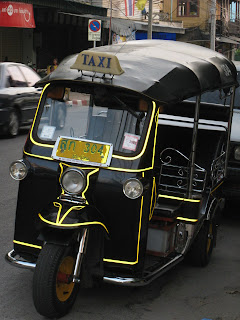 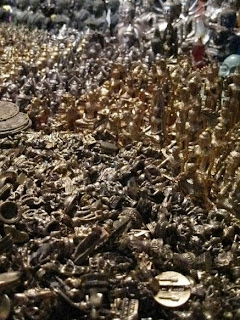 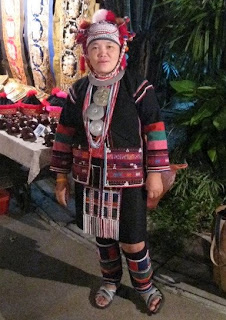 A woman dressed in hill-tribe costume sells handicrafts at a Chiang Mai cultural center
Posted by Frances at 12:01 AM