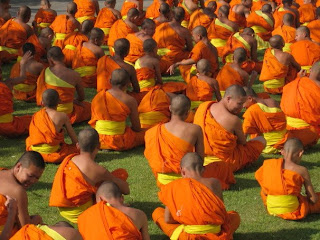 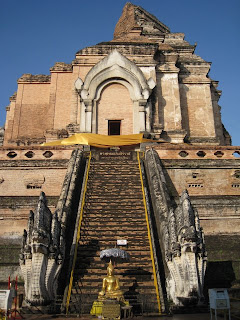 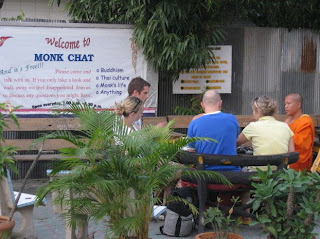 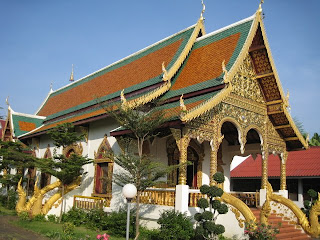 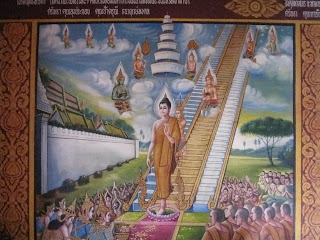 A colorful mural inside the wiharn at Wat Chiang Man 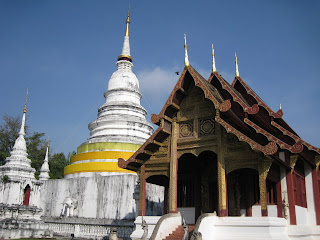 The chedis at Wat Phra Singh were built in the 14th century by King Phayu to hold the cremated remains of his father
Posted by Frances at 12:02 AM