Aleppo is Syria's second largest city after Damascus, and like Damascus, it claims to be the longest continually inhabited city in the world. Strategically located along the silk road, Aleppo dominated the trade routes connecting east and west. Today, the city plays a key economic role for Syria and is home to one of the country's four public universities.

Aleppo is best known for its charming Old City, its endless covered souqs (markets) and its impressive Citadel. Like in Damascus, the souqs are a maze of vendors selling anything and everything one could imagine. Local specialties include textiles (carpets and silks) and sweets (nougat, macaroons, marzipan and baklava). 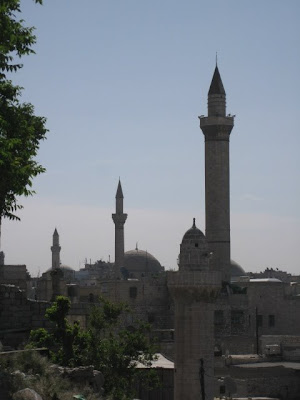 Looking out over Aleppo from the Old City 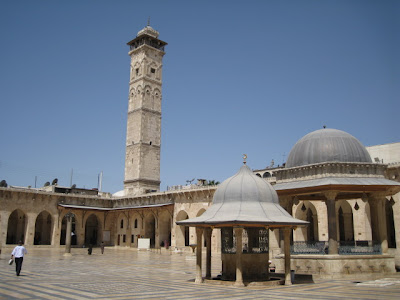 Aleppo's Great Mosque, the sister mosque to the Umayyed Mosque in Damascus, holds the head of Zacharias, the father of John the Baptist. The beautiful minaret was constructed in 1090. 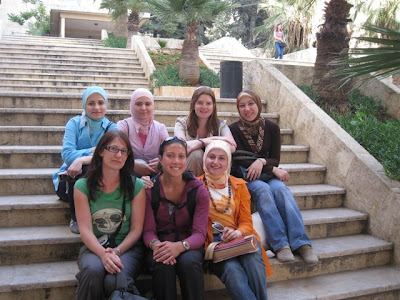 While walking through the Citadel, we met this friendly group of young Syrian women who are all attending medical school in Aleppo. They showed us around their university and chatted with us over ice cream and coffee. 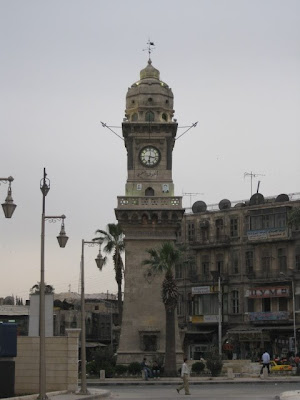 The clock tower in downtown Aleppo 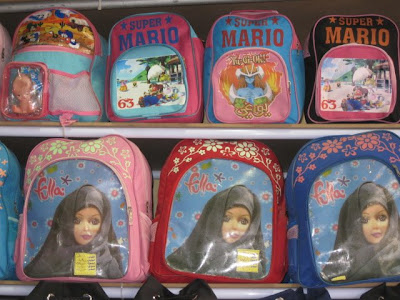 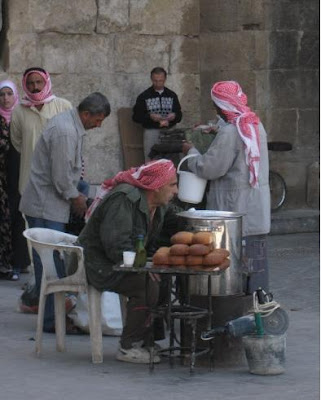 A man sells bread by the gate to the Old City
Posted by Frances at 10:30 AM