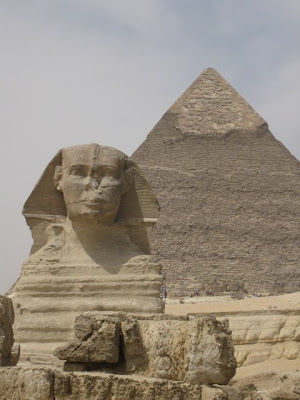 The Sphinx, also known as Abu al-Hol, looks out over the desert from beside the pyramids. The limestone statue has the head of a god with the body of a lion. 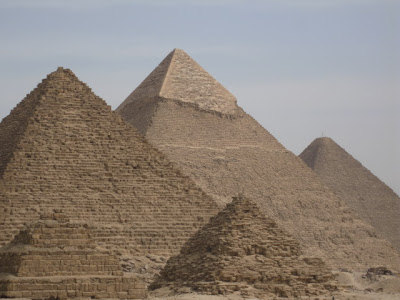 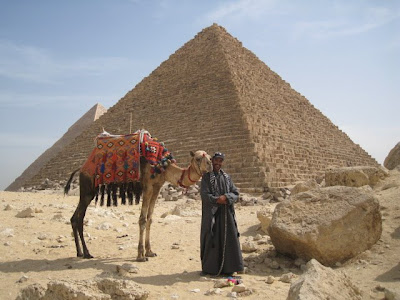 A man and his camel pose in front of the pyramids 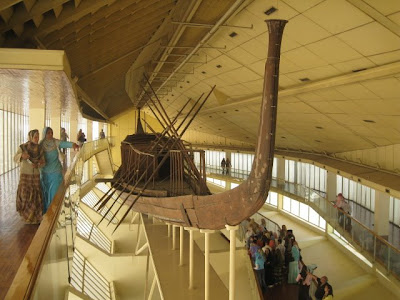 Khufu's solar barque, which was buried alongside the Great Pyramid to carry the pharoah into the afterlife 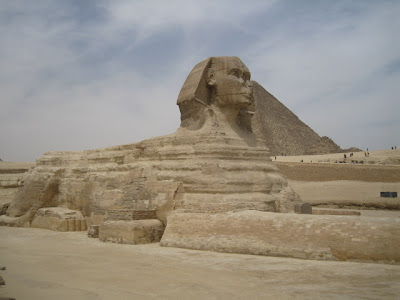 A side view of the Sphinx 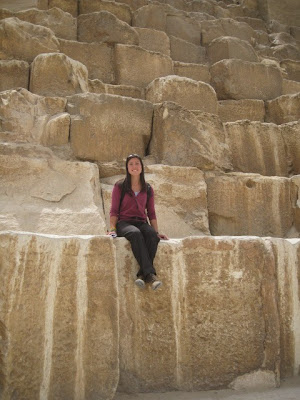 Here I am happily perched on the Great Pyramid. I've wanted to see the pyramids since I was five years old!