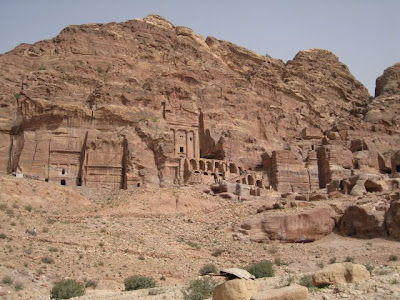 The Royal Tombs, carved to house the remains of Nabataean dignitaries. The largest tomb, with the two levels of arches in the front, was altered in the mid-fifth century to serve as a Byzantine church. 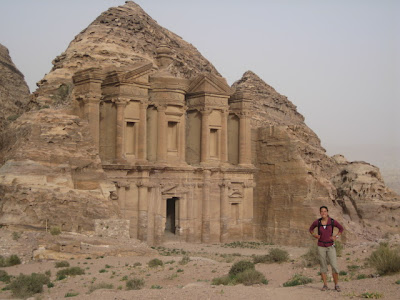 The Monastery (Ad-Deir), built at the top of a nearby mountain 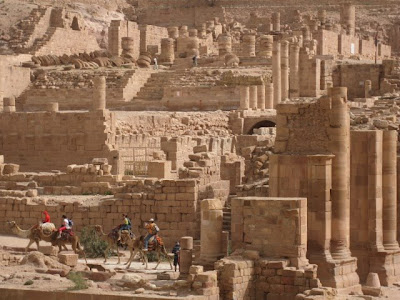 The Great Temple, which is currently being excavated by my very own alma mater, Brown University 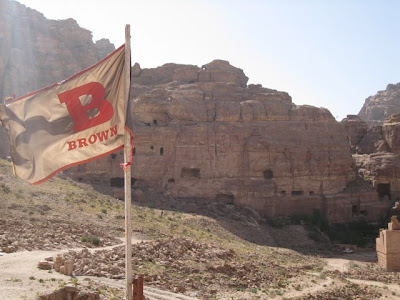 The Brown flag flies proudly from the Great Temple site (not in this photo) at Petra. "We are ever true to Brown, For we love our college dear, And wherever we may go, We are ready with a cheer!" 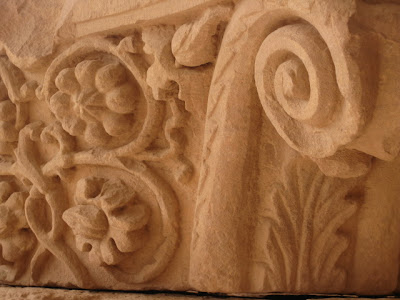 A close-up shot of a sandstone carving 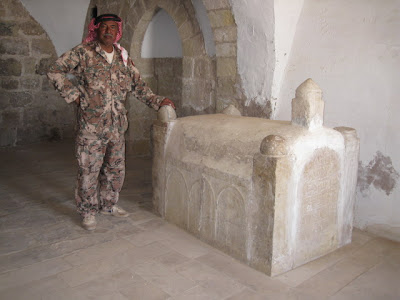 On our second day at Petra, a few of us hiked 20km roundtrip to the top of Jabal Harun (Mount Harun), the site of the tomb of Aaron (brother of Moses). In this photo, Mohammed, the watchman for the tomb, stands next to the tomb marker (the actual tomb is under the floor). Jabal Harun is a popular pilgrimage site for Muslims and Christians alike, and the mosque that houses the tomb includes a black stone brought from Mecca.
Posted by Frances at 10:36 AM