Located on Vietnam's central coast, along the banks of the Perfume River, Hue served as the country's capital from 1802 to 1945. Under the rule of the Nguyen dynasty, the city became a famous center of arts, scholarship and Buddhist learning.

Although Hue has seen more than its fair share of destruction - a result of both warfare and natural disasters - many of its beautiful temples and palaces remain for visitors to enjoy. 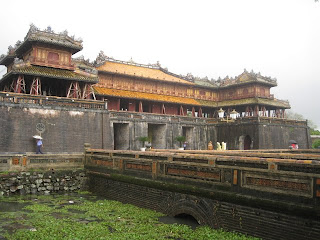 Hue's citadel, built in the early 19th century as the royal residence of Emperor Gia Long, sits on the north bank of the Perfume River and is surrounded by a moat. The Imperial Enclosure, pictured here, is like a citadel within the citadel, with yet another moat for protection. 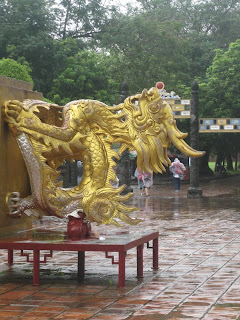 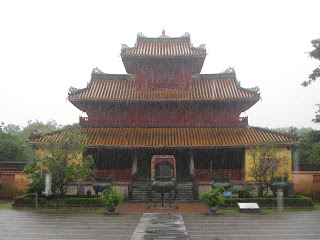 Rain pours down over the citadel. Hue records the highest annual rainfall in Vietnam, and it rained pretty much constantly while I was there. 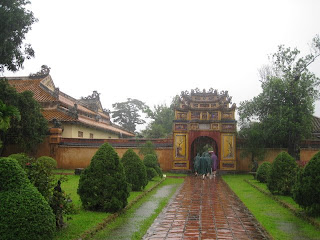 The citadel is a massive complex; one could easily spend an entire day wandering through the walled city 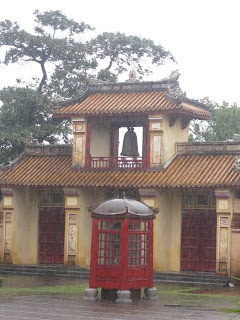 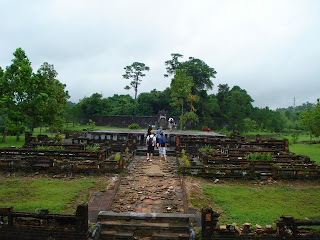 The Hue countryside is covered with the ancient tombs of the Nguyen dynasty; together, these tombs and the citadel comprise a UNESCO World Heritage Site (Photo courtesy of Clare Linington and Sean Dooley)
Posted by Frances at 12:01 AM