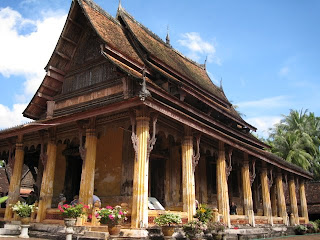 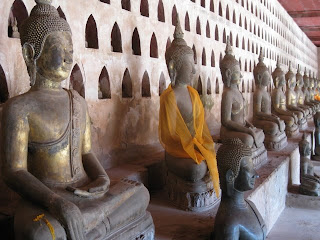 Hundreds of seated and standing Buddhas line the cloister walls at Wat Si Saket; in the niches behind them are thousands more miniature Buddhas! 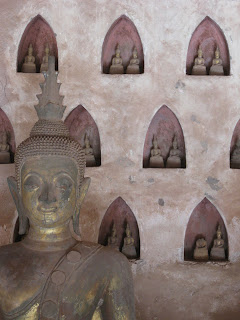 A closer view of a seated Buddha at Wat Si Saket, with tiny Buddhas behind 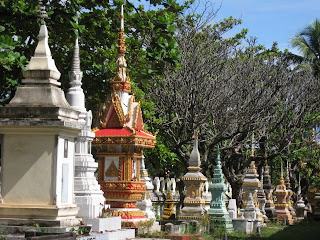 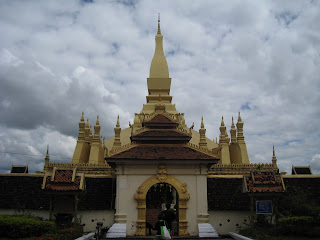 Pha That Luang is Laos' most important national monument, and an image of the golden stupa can be found on the national seal 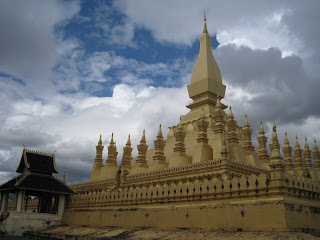 Pha That Luang was built in the 16th century, but it is believed that a stupa was first constructed on the site as early as the 3rd century BC to enclose a piece of the Buddha's breastbone
Posted by Frances at 12:05 AM