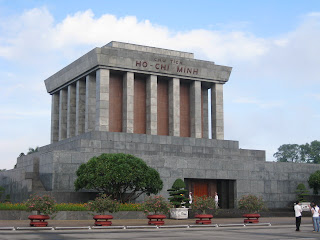 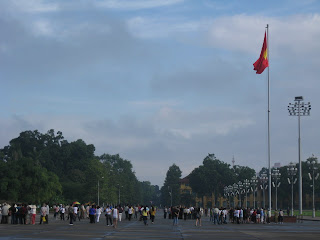 Crowds of people gather in Ba Dinh Square, where Ho Chi Minh read the Declaration of Independence of Vietnam in 1945 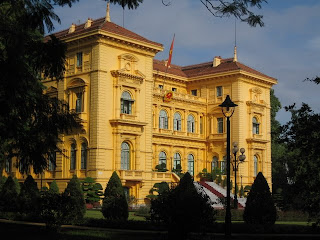 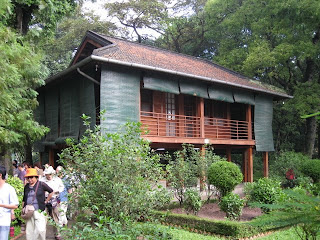 This modest, two-room stilt house - built in a style typical of mountainous ethnic communities - served as Ho Chi Minh's residence on and off from 1958 to 1969 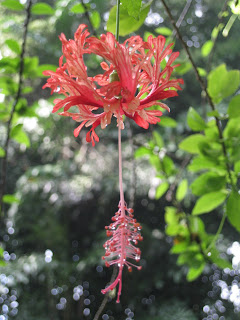 A beautiful flower in the Ho Chi Minh Complex 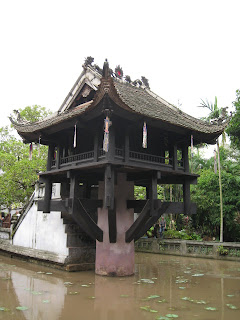 The One Pillar Pagoda was built by Emperor Ly Thai Tong during the 11th century
Posted by Frances at 12:04 AM