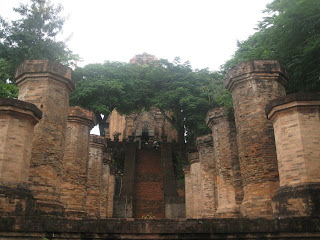 The Cham towers of Po Nagar were built between the 7th and 12th centuries as an important center of worship; the site still holds religious significance for Cham, ethnic Chinese and Vietnamese Buddhists. The Cham are an ethnic minority within Vietnam, descended from the Champa people - a Hindu kingdom dating from the late 2nd century AD. 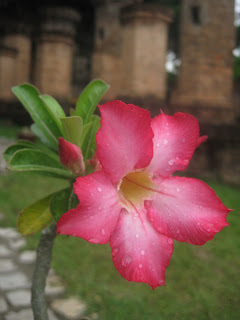 Raindrops adorn a brightly colored flower at the Cham towers 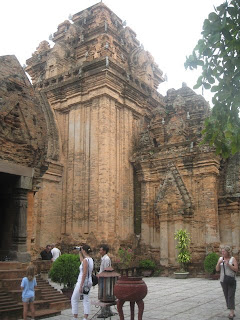 A closer view of the Cham towers, with their distinctive pyramidal roofs. Of the temple's seven towers, only four remain today. 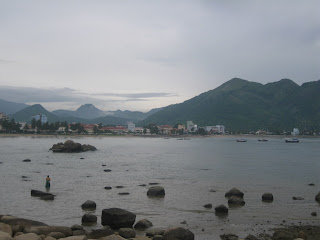 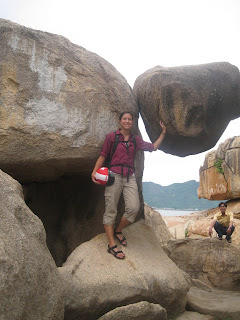 Here I am climbing up the Hon Chong Promontory, an outcropping of granite rocks with gorgeous views of the surrounding coastline and mountains beyond 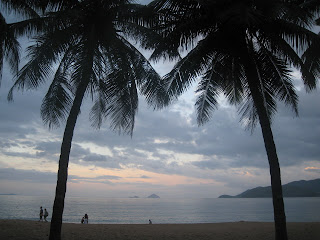 Sunset at Nha Trang Beach
Posted by Frances at 12:02 AM