Budva, on the Adriatic Sea, is one of Montenegro's most popular beach resorts. It's also among the oldest settlements on the Adriatic: from the 6th century BC onwards, it has been ruled by Greeks, Romans, Slavs, Venetians, Austrians and French.

The city's quaint walled Old Town (Stari Grad) sits right on the water below a coastal mountain range, and it's flanked by beaches that are packed with people from sunrise until sunset. The Old Town was severely damaged in a 1979 earthquake, but has been beautifully restored; its narrow streets are now lined with shops and cafes, as well as plenty of trailing vines.

South of town, past miles of resorts along the Budva Riviera, is the charming island of Sveti Stefan. Originally founded in the 15th century as a fisherman's village, it is now a luxury hotel comprised of restored stone houses. 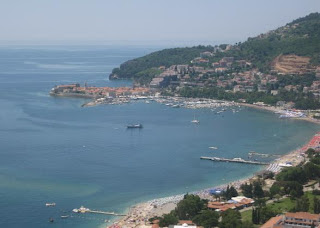 Looking down on Budva from the mountains above 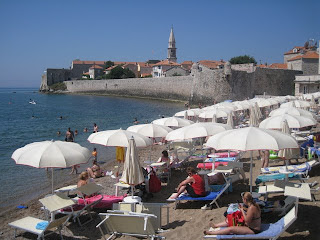 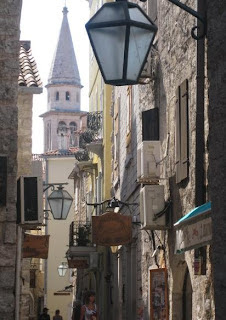 A narrow street in the Old Town Old church buildings on the edge of the walled town, with a view of the water beyond 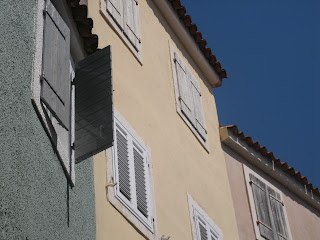 Colorful buildings and blue sky inside the Old Town
Posted by Frances at 12:01 AM