Kotor is an historic walled city situated at the very end of the Bay of Kotor in Montenegro. Surrounded by steep limestone mountains, the Bay of Kotor stretches 28km out to the Adriatic Sea, and it's often called Europe's southernmost fjord.

Kotor has been inhabited since ancient Roman times, but the architecture of its UNESCO-protected Old Town dates primarily to the middle ages and the later period of Venetian rule. The walls of Kotor's extensive fortifications (built and rebuilt between the 13th and 19th centuries) snake along the mountainside above the Old Town and provide stunning views of the bay below. 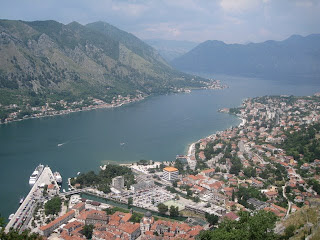 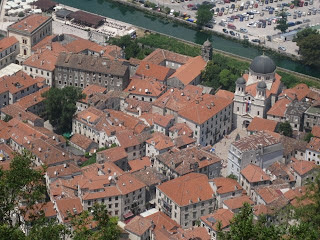 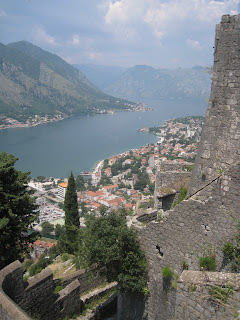 A segment of Kotor's remaining fortifications, with a view of the bay stretching into the distance 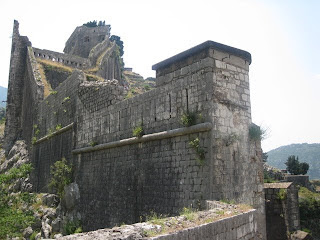 Another view of Kotor's hillside fortifications 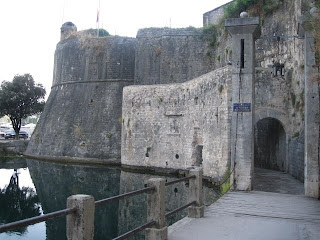 The 13th century Gurdic gate, Kotor's oldest entrance to the walled city
Posted by Frances at 12:03 AM