We spent two days driving and ferrying from Oslo northwest to Lom, and from there, southwest to Flam. The Norwegian countryside is stunningly beautiful and surprisingly varied - from green rolling hills, to snowy mountains and glaciers, to crystal clear fjords.

Our journey took us along Sognefjellsvegen road (Route 55), the highest mountain pass in Northern Europe at 1434m above sea level. The road runs through Jotunheimen National Park, which covers 1150 square km of mountains (including the country's highest peaks), lakes, rivers and glaciers.

It was a kick to see people cross-country skiing in July, while only a couple of hours away, others were swimming and sunbathing fjordside! 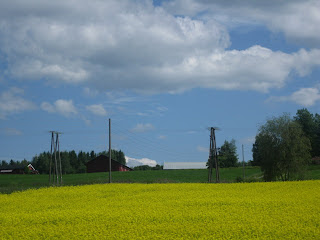 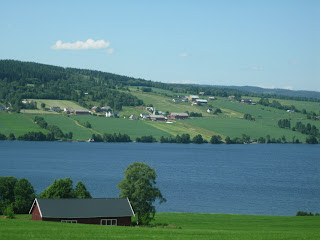 Rolling green hills, with farms stretching down to the lake 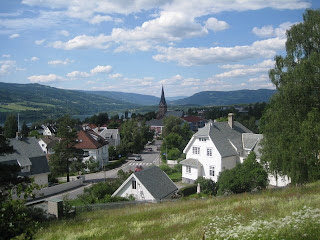 The quaint town of Lillehammer, where the 1994 Winter Olympics were held 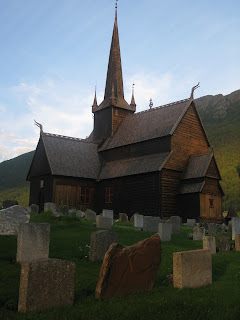 Lom Stave Church, built in 1158, is one of the largest standing stave churches in Norway. The church was enlarged twice during the 17th century, and it's still used today as the main community church. 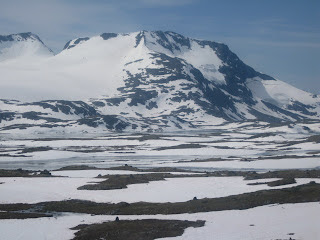 Lots of snow along Route 55. We even passed cross-country skiers on our drive! 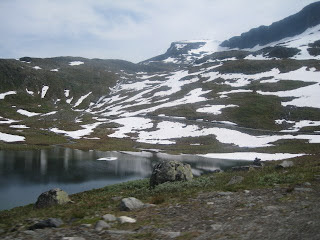 Another photo from Route 55
Posted by Frances at 10:16 AM