Helsingor is a 13th century town located only 30 miles from Copenhagen on the northeastern tip of Zealand, Denmark's largest island. It lies on the Oresund Strait, a narrow strip of water that connects the North Sea and the Baltic Sea, separating Denmark from Sweden.

Helsingor is the site of Kronborg Slot, a 16th century castle that was built to enforce the collection of Sound Dues (tolls) from ships passing through the sound. These dues, instituted by Erik of Pomerania in the 15th century, brought the town a great deal of wealth. Today, the castle is probably best known as the model Shakespeare used for Elsinore Castle in Hamlet. 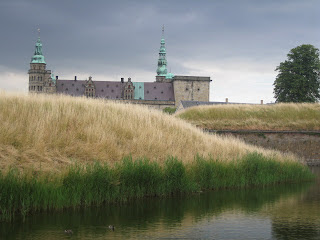 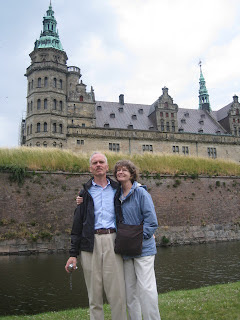 Sally and my dad beside the castle moat 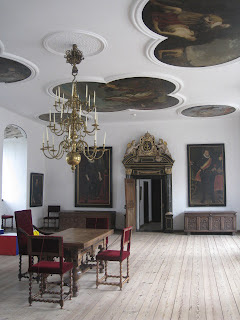 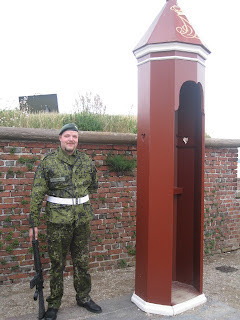 One of the castle's friendly volunteer guards 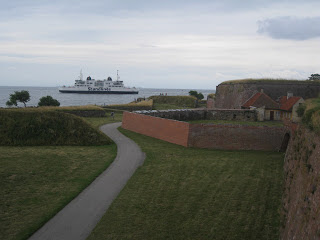 The castle's hefty fortifications; in the background you can see one of the many ferries that shuttle back and forth between Denmark and Sweden 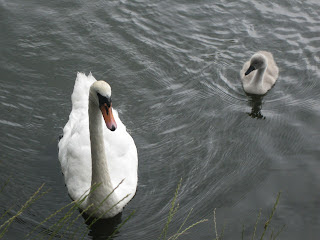 A young swan and its mother paddle in the water near Kronborg Castle
Posted by Frances at 12:01 AM