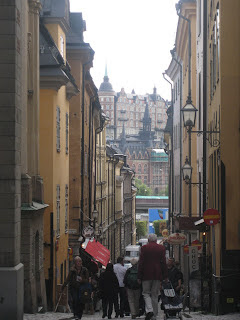 A steep cobblestone street in Gamla Stan, or Old Stockholm. Gamla Stan is comprised of three islands in the center of the city, full of medieval alleyways and 17th-18th century Renaissance buildings. 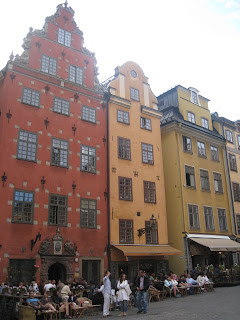 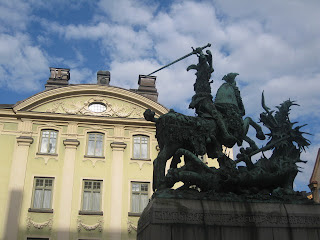 A statue of St. George and the Dragon. A similar statue can be found in Storkyrkan, Stockholm's 13th century cathedral, only a few blocks away. 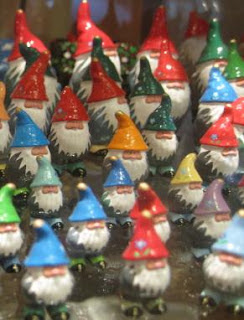 Rows of gnomes for sale in a Gamla Stan shop 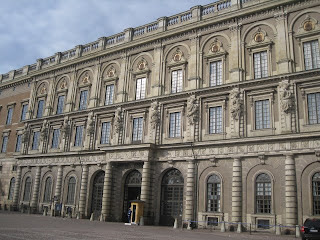 Kungliga Slottet, or the Royal Palace, was rebuilt in the Renaissance style in the late 18th century 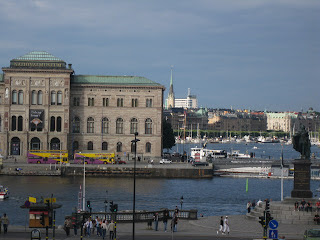 The view from Kungliga Slottet towards the harbour
Posted by Frances at 12:03 AM