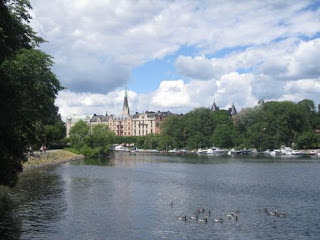 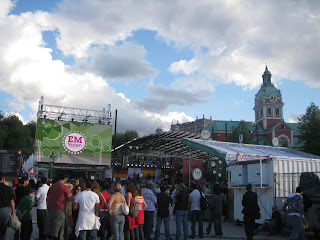 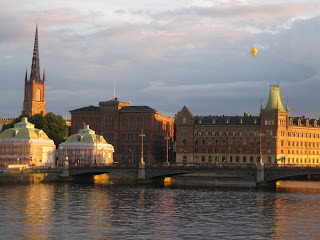 A hot air balloon floats over Stockholm in the late evening light. The steeple across the water belongs to Maria Magdalena kyrka. 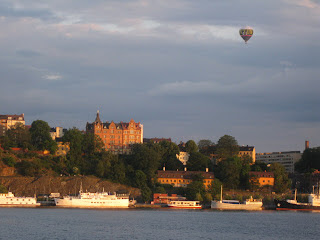 Another hot air balloon floats over the Sodermalm district 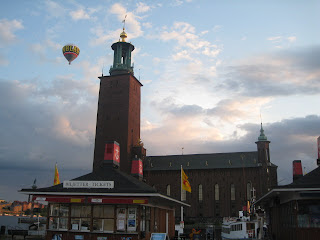 The second hot air balloon makes its way over Stadshuset, Stockholm's large City Hall where the Nobel Banquet is given. Approximately 200 politicians and civil servants work in the building, which is the main symbol of the city. 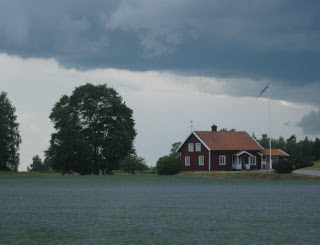 Fields of purple under grey skies, on the road north from Stockholm
Posted by Frances at 12:04 AM