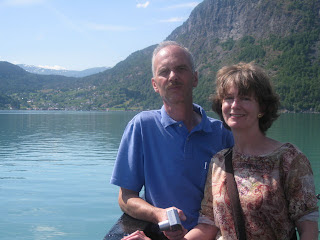 Sally and my Dad on the ferry across the Lusterfjorden from Urnes to Solvorn; the water was almost turquoise! 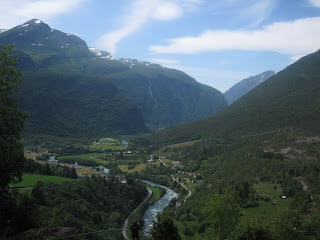 A common Norwegian sight: a riverside village nestled in a valley between green mountains 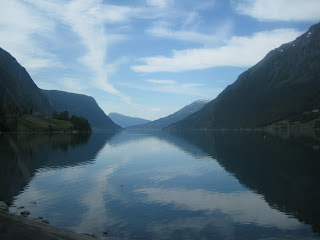 The calm waters of the fjord reflect the surrounding mountains 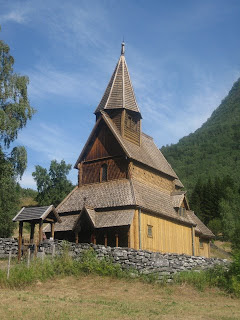 The 12th century Urnes stave church is Norway's oldest and most decorated stave church; it is also a UNESCO World Heritage Site 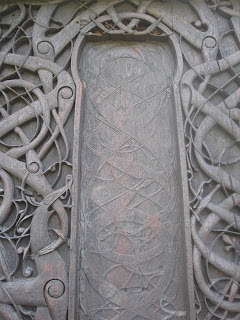 Three churches were built on the same site during the 11th and 12th centuries. The church standing today is the 3rd church from circa 1130, however the portal and carved walls in this photo still remain from the previous 11th century church. 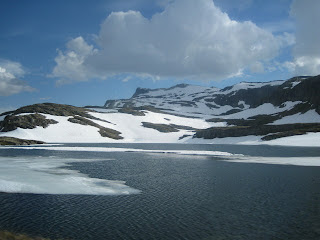 Icy water reflects blue sky on the mountain road from Laerdal to Aurland
Posted by Frances at 10:20 AM

Great Picture of your Dad and Sally!