Dubrovnik, called the "Pearl of the Adriatic," is a beautiful walled city on the sunny southern Croatia coast. Archaelogical finds date settlement in the area to as far back as the 1st century BC, and 5th-6th century Byzantine artifacts have also been unearthed.

Since the early 20th century, tourism has become one of the city's main industries, and it's easy to see why: impressive architecture, rich history and a stunning coastline dotted with islands. Dubrovnik was bombed by Yugoslav forces in the early 1990s, but the city has been meticulously restored and is a UNESCO protected World Heritage Site. 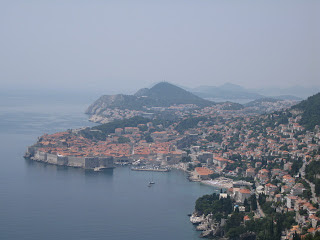 Looking down on Dubrovnik's walled Old Town, the lush countryside and the gorgeous Adriatic Sea 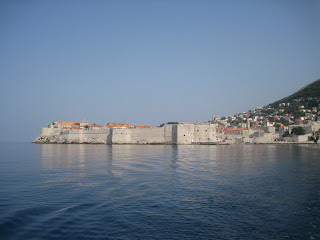 Another view of the walled city, this time from the water 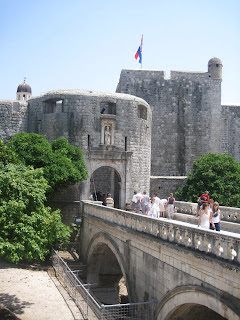 Pile Gate leads to the Placa (also known as Stradun), Old Dubrovnik's main street running through the center of town 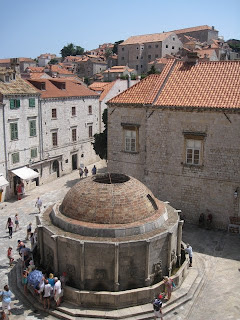 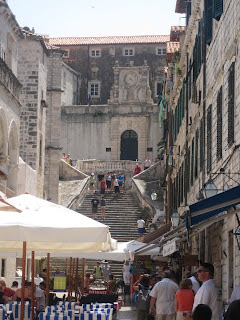 The staircase leading to the Church of St. Ignatius was modeled on the Spanish Steps in Rome 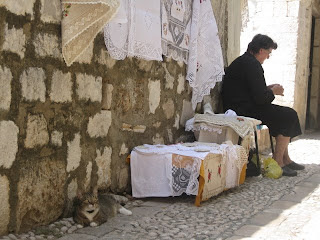 An old woman and her cat sit on a quiet sidestreet in the Old City, hoping to sell some handicrafts
Posted by Frances at 12:05 AM