Oslo is the capital of Norway and also the country's largest city, with a population of just over 550,000. Founded in 1000, Oslo became the capital in 1299, when King Hakon V Magnusson moved his residence there from Bergen.

The city is situated on the sheltered innermost point of the Oslofjord, and the water is dotted with peaceful wooded islands that seem worlds away from the busy downtown area. With so little light during the winter months, the people of Oslo make the most of the long summer days, sailing or kayaking on the fjord, soaking up the sun and picnicing in the many city parks. 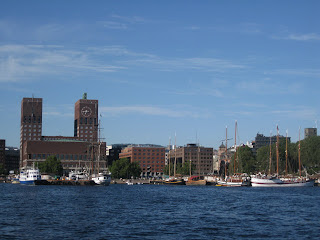 Oslo's main harbour, with the imposing City Hall (brick building with two towers). The city hall was opened in 1950 and is the seat of the City Council; the Nobel Peace Prize is awarded there on December 10. 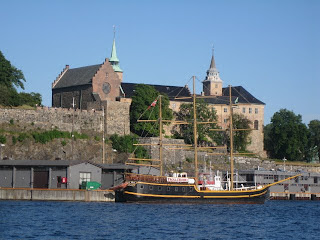 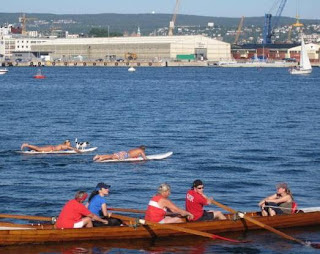 The Oslofjorden is enjoyed by all, from cruise ship passengers to casual paddlers. Notice the small dog on the front of the girl's surfboard! 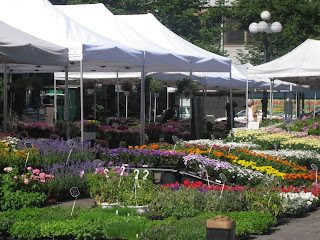 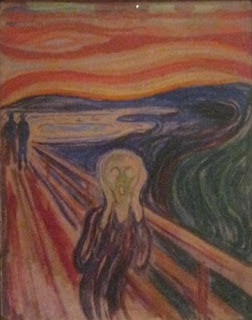 Edvard Munch is Norway's most famous painter and is considered a pioneer in expressionism. The Scream, housed in the Munch Museum, was stolen in 2004 during an armed robbery, then recovered and restored in 2006. 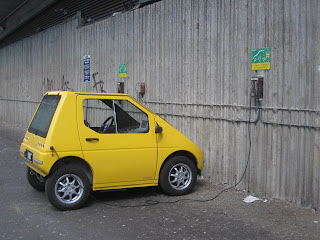 Smaller than a Mini - hard to believe, but true! Norway's gas prices were around $10/gallon in early July.
Posted by Frances at 12:05 AM