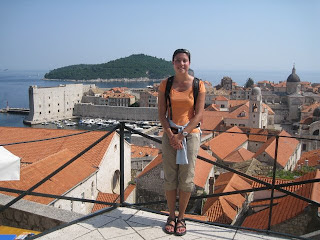 Here I am on the Old Town walls, which extend nearly 2km around the city and can be walked in their entirety. The view from the walls is spectacular: a blanket of orange rooftops (which I inadvertently match), dotted with domes, towers and bits of greenery. In the sea beyond the city walls is Lokrum Island. 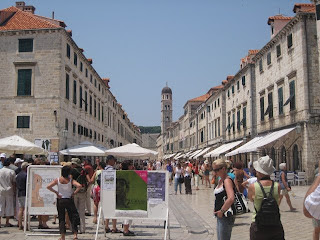 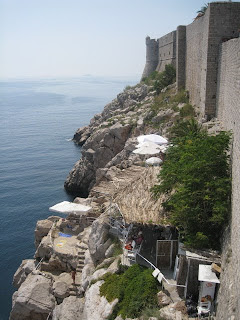 People swim in the sea, laze in the sun or enjoy coffee just below the Old Town walls 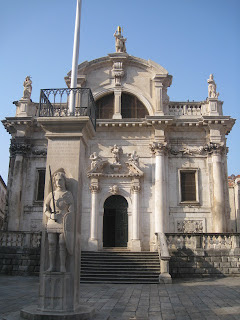 15th century Orlando's Column, with the Church of St. Blaise behind. The knight Orlando was the symbol of freedom and independence for the Dubrovnik Republic. 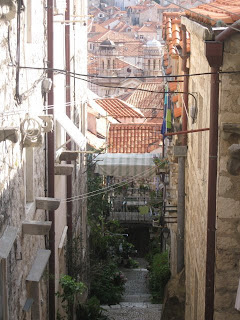 One of Dubrovnik's many narrow staircased streets, lined with plants. In the distance, you can see the rooftops from across the town. 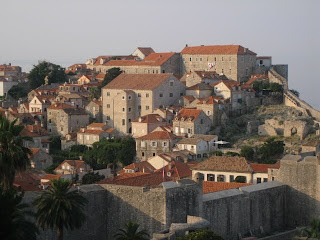 The view of the Old Town at sunrise
Posted by Frances at 12:06 AM