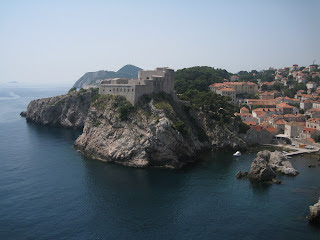 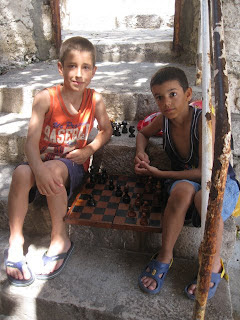 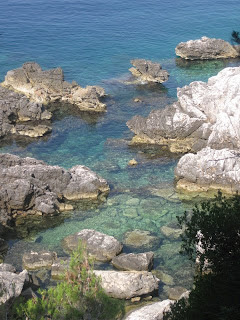 Lokrum Island, a protected park just a 15-minute boat ride from Dubrovnik, has shaded walking paths, a 12th century monastery and an old fort from the time of the French occupation. Most visitors come for the beautiful hidden coves, such as this one. 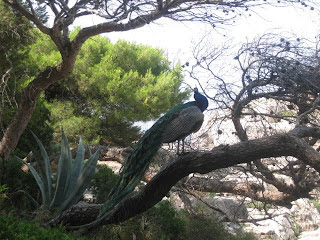 A peacock poses for a photo on Lokrum Island 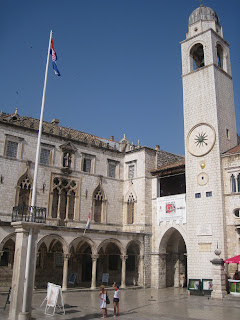 The 31m-high clocktower sits at one end of the Placa; to the left is 16th century Sponza Palace 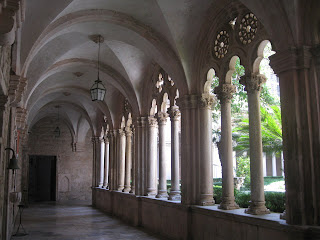 The peaceful and shady cloister of the Dominican Monastery, built in the 15th century
Posted by Frances at 12:07 AM