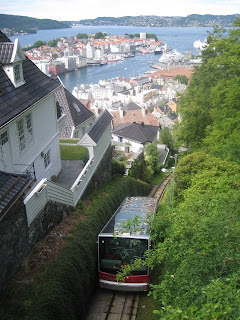 The Floibana, Bergen's funicular, runs up to the top of Mount Floyen from downtown 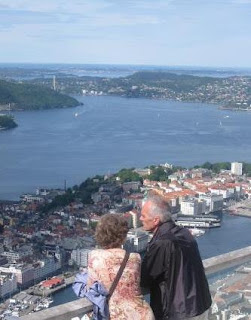 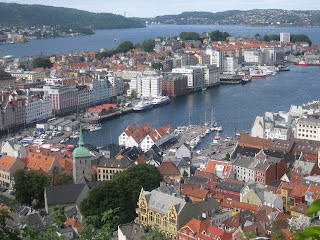 The view from Mount Floyen of Bergen and the surrounding areas 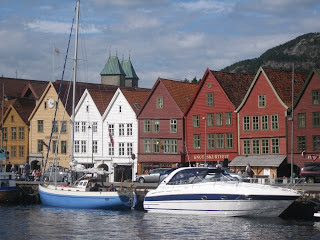 A closer view of Bryggen. The colorful wooden buildings were originally constructed in the 14th century by German Hanseatic merchants. They were destroyed in a fire in 1702 but were soon rebuilt and are now listed as a UNESCO World Heritage Site. 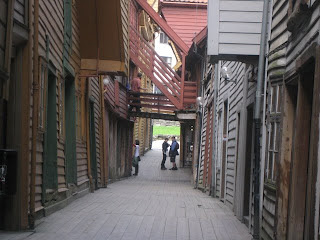 The very crooked walls of Bryggen 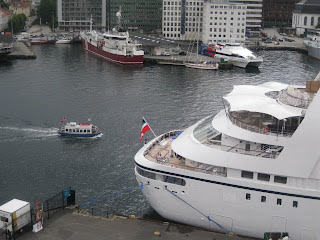 Small and large: a tiny passenger ferry skirts around a massive cruise ship in Bergen harbor
Posted by Frances at 10:32 AM