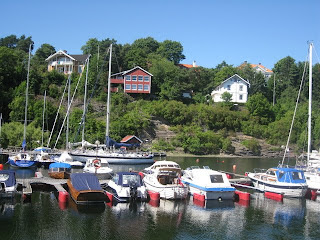 Waterfront homes on Bygdoy peninsula, a short ferry ride from downtown Oslo. Bygdoy is also home to many of Oslo's museums. 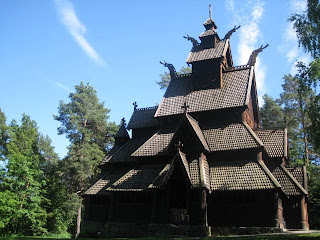 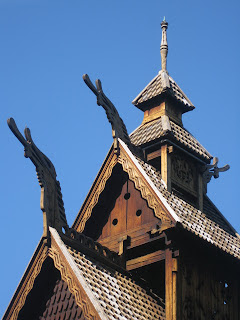 A closer view of the stave church. The interior of the building is from the original church, but the exterior had to be rebuilt when the church was moved; the new exterior was based on the Borgund stave church in Sogn on the western coast of Norway. 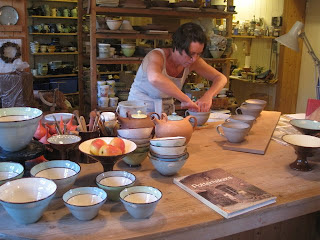 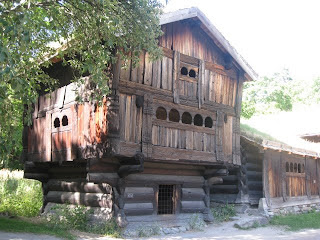 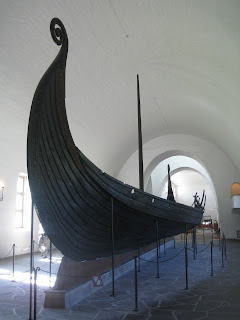 Excavated from the Oslofjord area, the 9th century Oseberg ship (housed in Oslo's Viking Ship Museum) was used as a tomb for a wealthy woman. It was customary for Vikings to bury the dead in boats, along with food, animals and both useful and decorative objects.
Posted by Frances at 12:06 AM

Hi Frances,
Your photos are wunderbar - wonderful! The sky in Oslo is so clear.