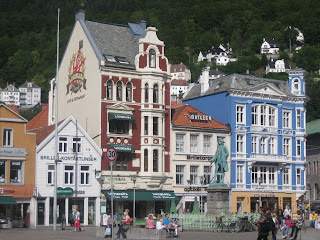 Colorful buildings in downtown Bergen, near the fish market St. Mary's church, built in the 12th century, is the oldest building in Bergen still used today. It's considered one of the best Romanesque churches in the country, and its gilded triptych at the High Altar (shown in photo) dates from the Middle Ages. 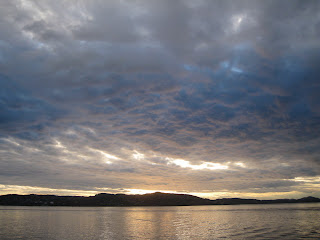 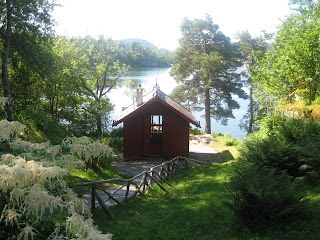 Edvard Grieg (1843-1907), Norway's most famous composer, lived just south of Bergen on the shore of Lake Nordas. He composed many of his works in this small garden studio overlooking the lake. 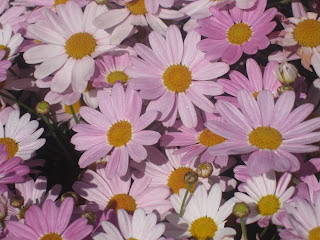 Pink daisies at Troldhaugen, Edvard Grieg's home outside of Bergen. The grounds now house the Grieg Museum and a concert hall for chamber music.
Posted by Frances at 10:34 AM